Yesterday, was not cruel enough! Now, that winter’s wind is torturing painfully for a week

After watching Ep 14-15 of That Winter The Wind Blows

That Winter’s wind last Thursday night, surely blew our mind and unconsciously struct and swept the line between reality and drama. Yup, those last 5 minutes of raw acting, without any background music is doomed to be grey area to discuss. Discussion in what’s people interpreting to that raw scenes came out into two different point of views, like I said it swept the line between reality and drama.

Some thought it was understandable, and some saw it as a sexual harassment attempt. Two different opinions for the same 5 minutes scene of That Winter The Wind Blows creates such a very interesting discussion for me to read and digest. Best of it, it helps me a lot to get deeper with the drama and yet understand others thought in disagree for the understandable and the necessary of that scene to its drama. Yup, I’m one of those who didn’t see it as a sexual harassment but as something that Oh Soo would do.

Someone mentioned it best as those 5 minutes in the end of episode 13 as something uncomfortable to watch but it meant to be, thats why there was no background music. For me thats was very brave of the writer and the director and what an excellent actress and actor there to put a really raw acting.

Me, myself didn’t enjoy the first time show it. But I understand why Oh Soo’s choice of act. First read regarding the discussion was at Dramabeans, and through people “hot” discussion there, I understand more to Oh Soo’s character and more the writer and her beautiful story. Here are some favorite explanation to why those last 5 minutes of very uncomfortable scene was needed: Curioser and Curiosor’s blog and many others insightful comments on Dramabeans. And my favorite recapper as for deeper understanding through beautiful discussion of the drama, I highly recommend you Softy’s blog.

Ahhh That Winter’s Wind wish you could blow all the time but yet there won’t be any beauty in waiting Wed and Thurs and Wed again to come. Hopefully It blows a very nice spring breeze on the next 2 Thurs. But then, it means parting already with the winter’s wind which blows to that lonely Tree and a glass of chime. Sad.. sad.. sad.. but the bright side, I can always do the marathon 😀

My new profile pict here and at Soompi, totally inspired by Oh Soo character from That Winter The Wind Blows 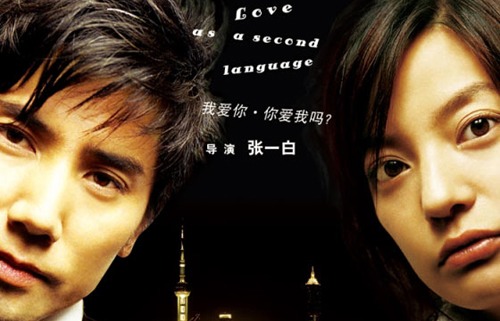 The Longest Night in Shanghai

Just bumped and got enchanted by this movie, and it’s worth the time, yet *spoiler ahead* not quite satisfied by the ending. But overall this movie successfully freeze me in front my laptop from the beginning till the end.

It starred by my favorite C-actress Zhao Wei, and it was a join production between China and Japan (forgive me if I’m wrong). Since it was joined production, sure we deal with language barrier, but in this movie it was so needed and not disturbing at all.

As per the movie title, the story about one night in Shanghai, when a japanese famous make up artist Naoki Mizushima went to Shanghai to work for an event. After the event he accidentally get bumped by Lin Xi’s car (Lin Xi herself is a taxi driver). As per apologize, Lin Xi volunteer herself to take around Shanghai. He with his own language and she with her own language. At the same night Lin Xi got news that her dear befriend who she also got crush on, would get married tomorrow. Meanwhile Naoki burden with his unwillingness to communicate with his girlfriend to fix their relationship.

Both two people, by situation force to spend the night together since Naoki apparently didn’t know where his hotel was and didn’t bring any ID nor money with himself. And by pity she couldn’t just abandon her. In this time through language barrier they spoke up their mind and comfort each other.

Ahh that was too long for resume I guess. Okay, overall I love the idea of this story. And I always fond with the trans-races kind of love. And in here it told sweetly. The relationship build nicely, I know for sure that he admires any of her behavior, and she finds himself comforting. And the ending, I wish the writer spoil us a lil bit. That was okay, but a hug will be welcome so much. *oops did I spoil to much*

*for pict cr to the owner, ahh sadly I cant find a better poster to put in here.

Been neglecting this tumblr since my last Arang’s obsession 🙂 And now here I am with another obsession, when there was never ever be a winter here, i get struct by the winter’s wind, as cold as it sounds, it hurt as it seems, but I can’t and I don’t want to avoid it..

I’m totally surrender without complaint to this well written and well executed drama so far: That Winter The Wind Blows, and thanks God it blows with the handsome man and woman ever in K-dramaland..

And it is a stunning winter 🙂

*crap.. It keep breaking my heart but yet still love it, this is called addicted*