We’d like to repeat our fun while we were watching Tompi Concert on March 2010. So, here we are… on saturday, 10th of July, bi’ nito announcing the concert of Vierra and Afgan in our MT group, as a refreshing seeker, I was the first who joined the concert squad ^^, then there our old concert mate, TTT would also like to join, but he didn’t know exactly whether he could go or not.

Then on Sunday, 11th… the Squad formation should be made, confirmed to join: me, bi’ nito, m’ayu, doraemon, and there also some uncertain member and condition which will effect the squad formation, so here my little formulation:

The Formulation of Squad Member

the condition:
*me and bibi’ couldn’t go, if there is no one give us a ride*
me and bi’ nito needs mas senior, or someone else with car

There were the conditions, and then… I chose to contact the alternative, and since I felt more comfortable to go with Raden… and yes, Raden it was… he agreed…*I know people will gossiping ’bout this.. who cares.. I just need a ride hehehhe!* and it was the right choice to contact him, since that apparently TTT couldn’t skip from his work 😦 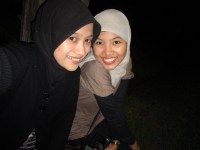 so there we go, me, bi’ nito, m’ayu, doraemon, and Raden… the concert start on 8pm, and since we already know that the artist will appear at least at 9pm, then we decided to depart at 8pm… and it was not a straight to the destiny trip, we stop for kebab, since that Raden suffered from hunger 😛 and both of us -me and bi’ nito- also like to have kebab as our desert.. so we stop… not too long to have our kebab ready and gone (apparently we are a kebab monster).

we arrived at the hotel and thanks God we could park in the hotel parking area ^^ we entered the convention hall asked for help to the committee, since that there’s someone else in our seats (okay.. little explanation here: we paid our ticket expensively, and in our ticket it shows our seat… since that we paid for the seat, of course we want our seat as we paid them.. make sense right), then we got our seats… it was in one row, but two seats were separated by an aisle, and we knew exactly who supposed to be in that separated seats -m’ayu and doraemon- and in the other seats were raden, me, and bi’ nito.

Okay.. Concert Time!
The first artist/group band which came out was Vierra, we’re not really know this band and the songs, but groupies sitting behind us the know them well, they called themselves Vierrania… they were about junior or senior high school… Gosh.. they were so loud… so noisy… “Widiiiii………. aaaaargggghh….” -___-” then, they’re singing…. gosh they do remember all the songs… and then.. “Kevin… aaaaaargggghhhh!!!” yup, they screamed really loud… all of us, shocked, we were too shocked to get this euphoria, especially me and bi’ nito. when we were watching Tompi, the audience quite different, their just sat, sometimes clap their hand, and just it. but this one… wow…. it seems like we heard bi’ nito in 10 years ago, so loud!!! hahhaha…
I guess, we came in the wrong concert, we had to attempt this concert 10 years ago…

Vierra was not really familiar for us, eventhough when they sang, we kinda like to… “ooo… so this is Vierra’s song” wakakkakakka -___-” the performance not bad, but also not too good either.. it was not the worth as the ticket we paid (if it was only Vierra).

And then the Afgan’s part. hehehhehe… quite embarrassed… so when Vierra ended their performance, several Vierrania chose to come home… (they are too rich -___-a or it was too night for them hehhehe). the MC announced the Afgan show, but he didn’t show up ’till all the audience curious about when he would come out *including us*. people were standing up from their sit, looking for Afgan. then there was he, sang his song… and suddenly… Arggggghhhhhhhh…. (everyone screamed… yelled his name… or just arrrrggghhh) hehehhhe.. 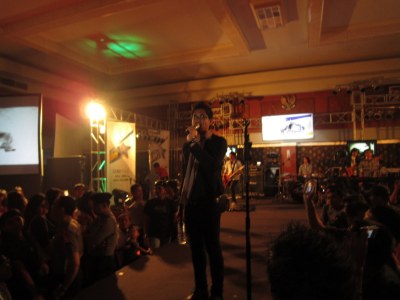 Raden was moved to in front the stage… and we *me and bi’ nito* came to join, behind him… he got the best spot and took some pictures and even video from my camera digital *just like photo above*. It was nice… everybody in the euphoria… everyone move in front the stage, sang together, shaking their body and little bit of jumping following the melody, and waving our hand blending with the song. Gosh, this is a concert should be ^^ Raden keep moving ’till we got best position, it was really near from where Afgan stood to sing. In front of us was a guy, who we identified as Afganisme… truly an afganisme!! he know every afgan’s songs… and he sang it full of energy, and I guessed that was also why Afgan himself noticed him. hehehhe…

Afgan sang almost all his song in the new album, which is not all of them ever we heard before. even though we never heard most of them before, we still could enjoy the song, even joined to sing in the refrain… gosh, his voice really great… and for me it’s much better hearing he sing the song live, than from the mp3, seriously ^^ 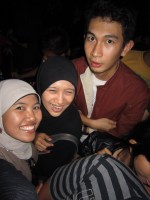 He also sang his popular song, like “Sadis” -my favorite one, really like that song-, “Terima Kasih Cinta”, “Bukan Cinta Biasa” etc, and he also sang other artist’s song like the Groove’song, “C.I.N.T.A” so surprisingly he sang that song *it is ‘angkot’ song, we considered that song as “Lagu Ga Banget yang Tetep Disenandungkan Banyak Orang” wakakkakka… but when he sang that song.. coz totally different, sounds more exclusive, sounds not longer “nggilani” hehhehe…

Then, the audience asked him to sing “Cinta Satu Malam” which is Melinda song *who is she, dont care, I also didn’t know the song until afgan sang it hehehhhe* The song was Dangdut Remix, and he sang it terrific… *which is make me curious and I search the song in internet -and of course I’m looking for the Afgan version- and I found it, apparently he usually sing that song in his concert*
Overall it was a nice concert… very worth the ticket price… because in there I could go nuts, jumping when he is sing, releasing all the burden to just enjoy the song, the euphoria… the mingle time in the crowd was great, all the yelled was needed…. and wow… it was nice concert.. really refreshing ^^ 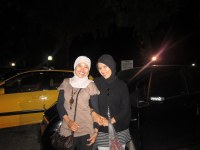 hanny
wondering when will be watching concert again
P.S. gosh.. Afgan is really cute… hehhehe.. he has a very clean face
*wondering what kind of treatment he used… hehehe*